2019 Ford Ranger Production Has Begun, and You Can Preorder One Now 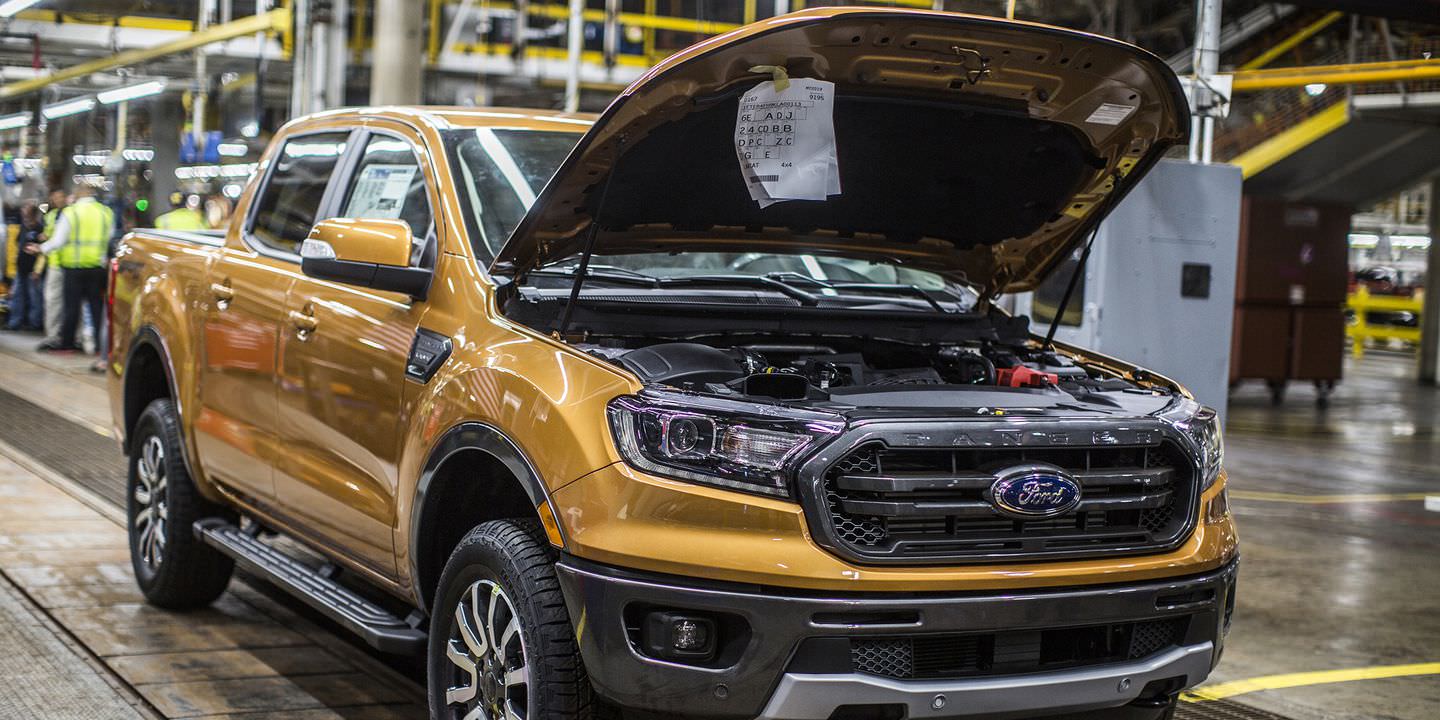 We're inching closer and closer to the new Ford Ranger pickup's arrival in showrooms, as Ford has now officially begun production of this new pickup truck in Michigan. It has also opened a preorder process for the 2019 Ranger on its website.

The Ranger is being built at Ford's Michigan Assembly Plant in Wayne that used to build the Focus compact car. The company said the new pickup won't officially be delivered to customers until January 2019. But you can now preorder a Ranger through a dealership to get priority. Ford says it estimates a wait time of eight to 12 weeks from ordering to delivery. Ford does not add a fee or deposit requirement to the preorder form, but the preorder is referred to a local dealership, which may require a deposit. Customers who submit preorders by January 2, 2019, are guaranteed to receive delivery of their new Ranger by July 2, 2019.

The preorder process begins on Ford's build-your-own tool for the Ranger. After configuring a Ranger to your liking, you submit your information to a dealership, which then processes the order. The ability to preorder appears to apply to all models of the Ranger, which range from the $25,395 base XL extended-cab model to the $40,000-plus fully loaded crew-cab versions. Both rear- and four-wheel-drive versions will be offered, and the sole transmission choice is a 10-speed automatic that mates with the 270-hp turbocharged 2.3-liter EcoBoost four-cylinder engine.
You must log in or register to reply here.
Share: Facebook Twitter Google+ Reddit Pinterest Tumblr WhatsApp Email Link