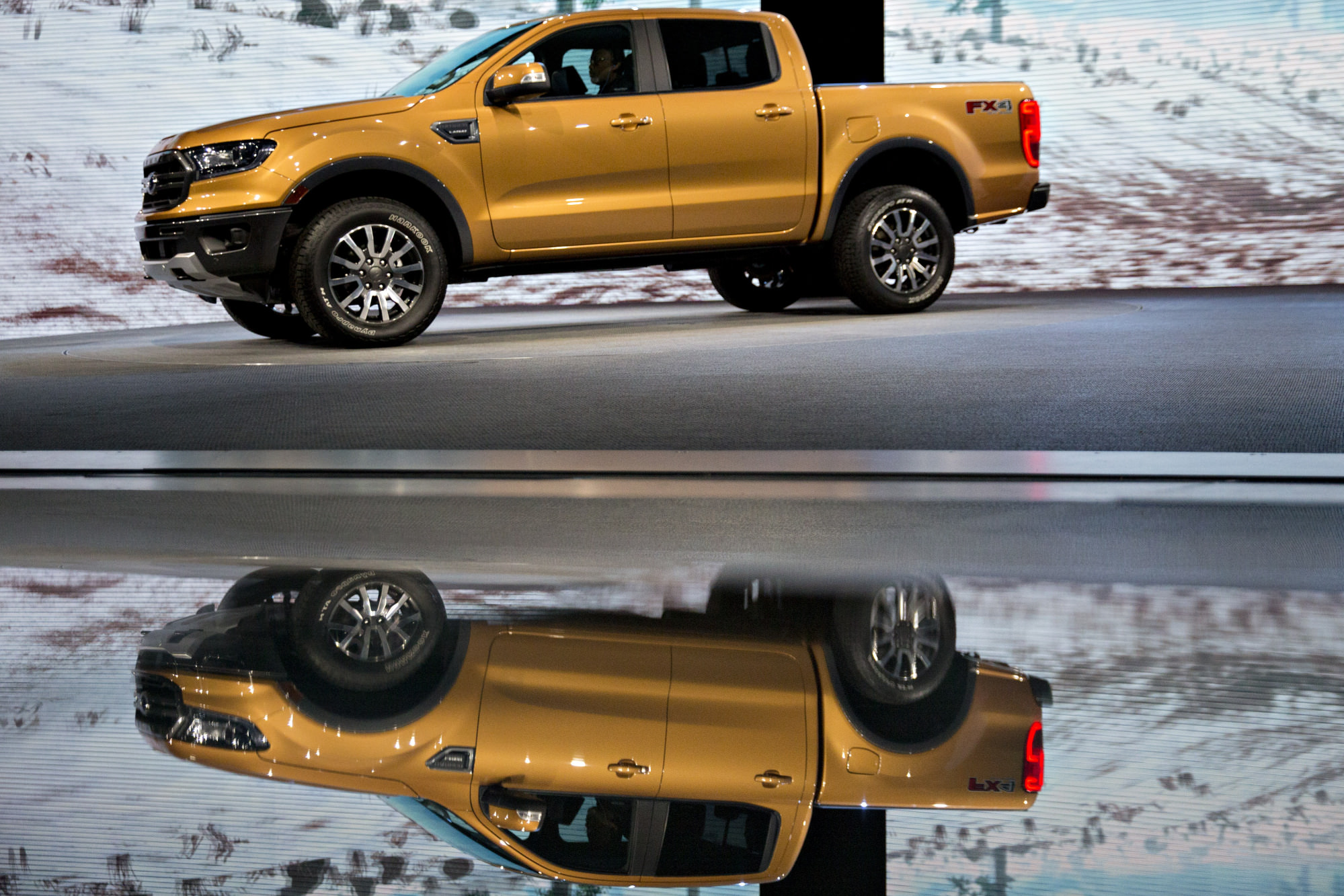 Big-truck king Ford Motor Co. has been missing out on soaring mid-size pickup sales. It?s now bringing its Ranger model back to make up for lost time.

The American version of the Ranger debuting Sunday at the Detroit auto show and going on sale next year reverses course on Ford?s 2011 decision to depart what was then a declining market for smaller pickups in the first years out of the recession. A few years later, General Motors Co. launched the Chevrolet Colorado and GMC Canyon, selling more than half a million units combined in the U.S. and generating about $17.5 billion in revenue.

Since GM?s models arrived in 2014, sales of mid-size pickups in the U.S. have surged about 85 percent, as gas prices fell and trucks mounted a comeback. While Ford once argued it was better off just selling more low-end F-150 trucks, the second-largest U.S. automaker now sees opportunity in filling a void in its lineup.

Ford has ?no regrets on exiting back in 2011,? Raj Nair, head of Ford?s North American operations, said in an interview. ?For us, it?s been a matter of timing about when to deploy a great truck we?ve had globally. And the timing is now.?

With Americans snapping up pickups and SUVs, Ford is likely to find a receptive audience for the revived Ranger, according to Jeff Schuster, an LMC Automotive analyst. But by the time the new truck arrives next year, most of the growth in the mid-size pickup market will have already happened, meaning Ford will likely have to pick off customers from rivals including GM and Toyota Motor Corp.